Were you caught up in Black Friday madness? To be honest I’d forgotten about it until I tried driving home on Friday evening. As a reward for making it back I treated myself to a new book, Manchester: Mapping the City [Wyke, T., Robson, B., Dodge, M. (2018)]. Although this hasn’t arrived yet you can preview its use of maps to trace the growth of Manchester from the eighteenth to twentieth centuries. This also prompted me to pull out Paul Hindle’s Maps for Historians (1998); for genealogists this is an essential description and analysis of different map types. While no longer in print it is available through online booksellers.

Currently I’m working on a project based in the ancient township of Hulme, just south of Manchester city centre. Maps are playing an important part of the evidence base for this work, including tithe maps and early street maps . Hopefully some of the links shared below will be useful if you’re starting to research in Manchester.

Tithes were originally a tax of one tenth of all agricultural produce to be paid annually to local church and clergy. The Tithe Commutation Act of 1836 formalised payment of tithes by money rather than in-kind payments, and to enable this a survey of lands was undertaken to determine the value of tithes and to whom they were payable.

Tithe maps and apportionment schedules were produced for nearly 12,000 parishes or townships across England and Wales, predominantly between 1838-1854. For genealogists the schedules give a short description of each house and field identified on the map, including names of owners and occupiers. The depth of information given on the schedule is variable, as is coverage of different parts of the country. You can view tithe records online via The Genealogist with a subscription, or without charge microfilm copies at The National Archives.

Fortunately the Tithe Acts also required copies of maps and schedules to be made and held locally, although the survival of local records varies. Searching the local Manchester archives catalogue with the term 'tithe schedule' returns 38 results, including ‘Township of Hulme Records’, a collection of rate books, poor law records, and plans of property. The collection description has some helpful information regarding boundary changes that affected Hulme, and notes that an original tithe map and schedule for the township are held in Lancashire Record Office, Preston. A search of that catalogue finds the sub-collection for Tithe Award and Plans for the Manchester Diocese collection.

While as genealogists we naturally focus on names, being familiar with the place and community our ancestors were part of helps us make important connections. To get started British History Online introduces the parish of Manchester, Vision of Britain Through Time collates surveys for the area, and Genuki does a great job of collating links for wider sources. Like other major conurbations the rapid population growth in Manchester resulted in a series of boundary changes that can be challenging to navigate. UKBMD summarises boundary changes across the country including Lancashire and its Chorlton Registration District, which covered the civil parish of Hulme from 1837 until it was abolished in 1896.

Coronation Street stars get in on the act with DNA testing

Coronation Street stars get in on the act with DNA testing

First DNA test results - what next?

Help with your Cheshire ancestors 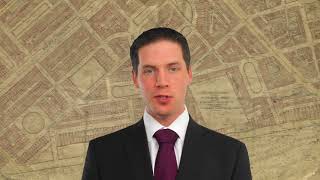 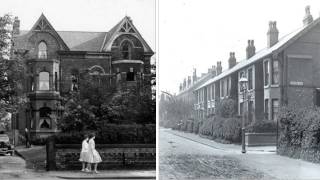